After the lockdown, All cinemas are now open and running with all precautions of pandemic. Although we must have seen maximum number of movies at home but the craze of watching a movie at cinema hall is totally different.

In this article we are going to share the best and top rated movies which are loved by the audience so far in 2022. 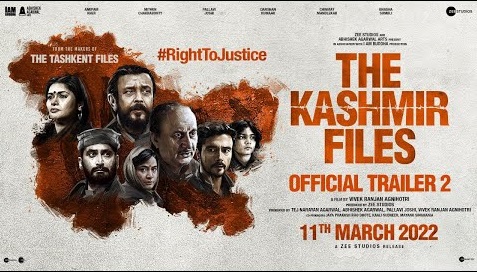 The Kashmir Files is a 2022 Indian Hindi-language drama film written and directed by Vivek Agnihotri. It is produced by Zee Studios. The story revolves around the exodus of Pandits from Kashmir during the insurgency. The film portrays the Insurgency as a genocide.
The film’s success has prompted the BJP government to declare the film tax-free in several states. While the movie has gained praise from critics, the controversy has lasted longer than it deserves. The film’s popularity has prompted a debate that has been raging for months.

The movie is a romantic thriller in which the heroine of the film, is duped by her boyfriend into moving from the country to the city with him, where her dreams of being a film star begin to crumble. While amidst the chaos of the underworld, she is sucked into the mafia’s world. A bittersweet tale about how a young woman overcomes adversity and moves forward with her life, Gangubai Kathiawadi is a must-watch for all cinema lovers. 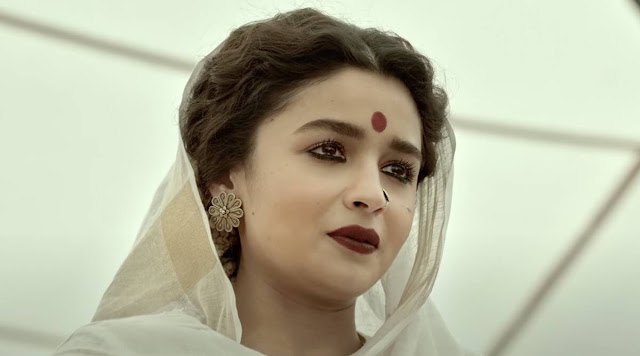 The film tries to avoid violence by replacing drugs with alcohol and heroin, but it loses its oomph when it turns the heroine into a revered Mother India figure. Still, the movie boasts some of the best fantasy-musical setpieces in recent memory, and Alia Bhatt’s lively performance is a welcome change from her usual melodramatic roles. Overall, Gangubai Kathiawadi is a visual delight, and Alia Bhatt’s bold career move pays off in a memorable way.

The director Harshvardhan Kulkarni has successfully bridged the gap between the new cinema and the post-independence India with this film, which has been receiving positive reviews from critics. The story also deals with some taboo topics, like homosexuality, but does not trivialise the topic. Rajkummar’s character, Bhumi, owns the screen and tries to blend in with society. While the film doesn’t get preachy, it still manages to convey the real evils of homosexuality.
Badhaai Do is a coming-of-age film that depicts the dynamics of two closeted LGBTQ+ families. It is about the struggles that each family faces in accepting and embracing the other’s sexual orientation. It is about the stigma surrounding homosexuality that is deep-rooted. The story highlights the difficulties that these people face in the face of discrimination. The movie highlights the importance of educating people about the rights of LGBTQ+ people and the dangers of stereotyping them.

In Gehraiyaan, The characters’ themes revolve around a person stuck in a repeating emotional cycle. The film, however, falls back on its characters stating their underlying themes and skips over nuanced dramatic turns. Instead, it tries to explore the subject of infidelity and a woman’s fear of being trapped in her life.

While Padukone’s performance was impressive, there was no real chemistry between the two main characters. Despite this, though, the film was designed in a way that made it look like it was made with a certain degree of care and attention.

Jhund is a new Indian film in the series Slum Soccer. The film is the story of Vijay Barse, a retired sports teacher who has started a nonprofit called Slum Soccer. He has a mission to give children the opportunity to play football.
A college professor named Vijay Borade teaches at St. John’s college next to a vast slum locality. The youth in the area do odd jobs, from stealing jewellery to stealing coal from a moving train. One day, Vijay notices a group of young men playing football with a plastic box.
He quickly realizes that these youth have potential. He takes them to the local football field, where they play the game and become an inspiration for the film.

One thought on “Best Bollywood Movies 2022 So Far”