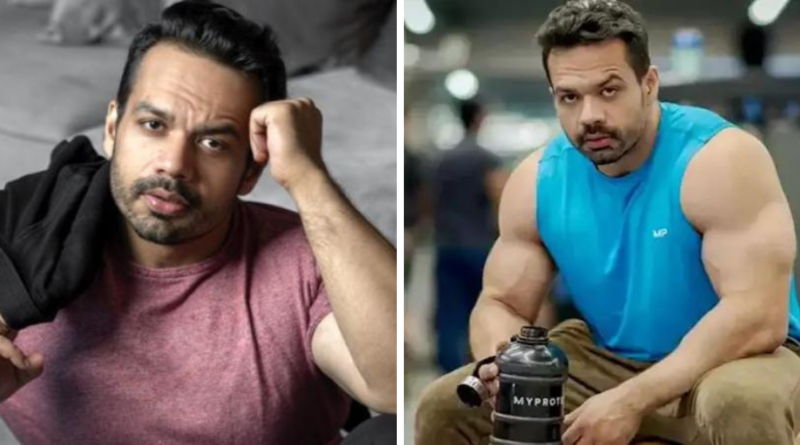 People who follows flying beast might be aware that he is preparing for the Law exam and planning to take admission in Law college. We all wants to know the result of the exam which Gaurav Taneja is already given. 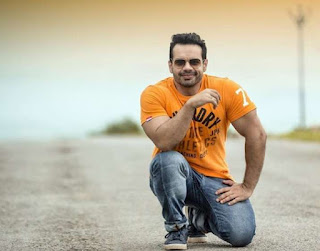 The result is not announced yet but the answer key is released. As per the answer key he is scoring 235 number. Last year cut was around 228-230 so if we compare it with last year results there is bright chances that he can clear the exam easily.

Before the release of this Answer key he was scoring 225 as per his calculation as there were doubt for two questions. In Vlog we can Ritu Rathee Taneja getting emotional after they got to know that it is tough to get marks above the cut off but official answer key have cleared all the doubts and finally he is scoring 235 in this exam.

Now the fingers are crossed and we all are waiting for the final cut off for his exam.

Why Did Flying Beast Opted For Law?

We all are aware that Gaurav Taneja Lost his job from the Post of Pilot. After that he can been seen making appeals and sharing his opinion about the things happened in the Air Asia. We have already discussed these things in our blog – Why Did Flying Beast Lost His Job. You can read this blog for more information.

Law Information In His Vlogs

Flying Beast have seen sharing the information related to Law and how things works in different courts of our country. This information help subscribers to know the law and its rules more in detail. Even in Aryan khan case when bail plea was release by the court it took more than a day to reach on the Jail where Aryan khan was lodged.

Planning to Shift Delhi For Admission?

As there is bright chances that he will clear the law exam and planning to take admission in Delhi University which is the considered as the best university for the law courses. In a recent vlog which uploaded on 15 Nov 2021 he is talking about the same. He already has flat in Delhi and currently living in Lucknow.

He was talking about what to do if he opted for Delhi University then he need to take hostel or PG near the university so that he can easily commute and save time. It take around 01:30 hrs to reach university from his existing flat in Delhi.

So he is listing the different options which are available for him so that he can also concentrate on studies and take care of his family. Recently he and Ritu Rathee Taneja is blessed with the second baby so he has to spent time with family.

The university is still closed citing the rising number of Covid cases. Students from different states come to this university to study and there are few states which are still fighting with a high number of Covid cases. Keeping this in mind University is not open yet.
Many students still protesting against this decision and claiming that due to this their studies getting affected, We need to see what will happen next and how will things work out for students.

Recently he posted a story on Instagram about the law results and still it is awaited and played old Hindi music ” Inteha Ho Gai Intezaar Ki” in the background. It is clear that he is eagerly waiting for the results.
One of his tweets is also going viral which he posted 2 days ago i.e 17 Nov. He tweeted that result is not announced yet and his father think he got to fail and is giving excuses.

Gaurav uploaded a vlog on 21 Nov and the title of the video is – Result Day I Everyone Thinks Mein Fail Ho Gaya.
Everyone thought the result has come and in this video, we got to know about his LLB result but in this 12 min long video Gaurav is eagerly waiting for the result and still result is not announced. We can see he is eagerly waiting for the result and checking the official website every minute to get an update.
On the night of 23rd Nov, he also posted the Instagram about the LLB result which is the result awaited. In his recent vlog where he is seen celebrating Ritu Rathee Birthday and still waiting for the result. He is in Agra to celebrate her wife birthday with Rashi and a newborn baby which can be seen in her videos.
Although he tries to hide the newborn face somehow his audience has managed to get glimpses of her.

Flying beast has cleared the LLB exam. Earlier he posted on Twitter – Future lawyer Adv Taneja making arguments in the court. This is very clear from this post that he has cleared the exam. 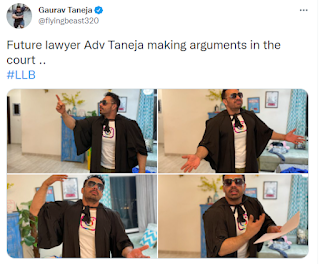 On Instagram too he posted about his selection in the best law college and share his experience about the new beginning of college life again.

We have seen the recent vlog of the flying beast where he enters his new college with Harley Davidson. The name of the college is Faculty of Law, Delhi University. Where students are following him as soon as he enters the college.
Ritu Rathee was also accompanying him for his first day in college. Sharing her feelings and moments earlier in the same vlog, She gets emotional and shares how his husband managed to clear this exam. She is very proud of his husband that she cleared the exam. 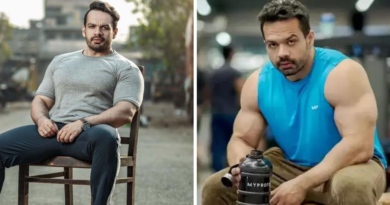